Let’s Create the “Emotion” of Abundance and the Abundance!

I’m expecting this to be my most practical post yet;  I plan to continue our discussion of the emotions underlying abundance and share some simple techniques for creating those emotions and the true abundance that will naturally follow as the Law of Attraction works its magic! 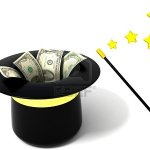 In my last post as we talked about the “Emotion” of  Abundance, we concluded that abundance really isn’t a very emotional word, and that the emotions underlying a real feeling of abundance aren’t often clear.

And, we know now that our emotional state comes first.  The emotional state we purposely create (the way we think we’ll feel when we manifest our desire) is our early evidence of exactly what it is that we’re creating, whether it’s financial abundance or anything else that we desire.

When it comes to financial abundance, however, many people have expressed that it can feel like one of the most difficult things in the world to feel wealthy when they are being called by debt collectors and aren’t sure how they are going to pay their next bill.  It’s a reality that’s right there, in your face, and it can seem to affect most other aspects of your life. 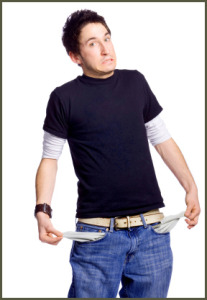 We’ve learned, though, that we can conjure positive emotions by focusing on other subjects in our lives that are easier for us, and attract anything that’s a vibrational match to those same emotions, even financial abundance.

Before we focus on creating these positive emotions, let me reiterate for anyone who may not have read the last post, that those of us wise to the Law of Attraction have learned that the current economic climate, however you read it, has nothing to do with our own ability to manifest financial abundance.  There are people who thrive in times of economic uncertainty and others who don’t.  The difference lies in their vibration and in their expectation of thriving.  So let’s make a decision before we go forward on creating those good abundant feelings, that we’re going to forget about the “economic indicators” and other evidence that our economy may not be in its best shape.  All of that is irrelevant to us.  We’re working with the energy that creates worlds, which is certainly more powerful than the stock market report!

So, how can we get into that feeling state of abundance in about ten minutes?  In the last post we talked about broadening our view of financial abundance and thinking about the real feelings that underlie it.  Abraham, in a recent seminar, appropriately pointed out that when most of us think of abundance we’re in a “rather rebellious state.  It feels like going and buying something, it feels like going somewhere.  It feels like being able to do what I want to do.  It’s like you are going to wrestle it to the ground and kill it   .     .      .  “

I’ve definitely felt that way at times on the subject of abundance.  And, I’ll bet I’m not alone.

But the more I’ve played around with this subject, talked to others about it, read about it and listened to Abraham on the subject, I do find that for most people abundance is associated with a feeling of FREEDOM, POWER, WORTHINESS, BEING IN CHARGE, BEING CAPABLE, BEING STRONG, BEING CONFIDENT, BEING SURE, COCKY, VIGOROUS and EAGER. And, when you think of people whom you associate with abundance, most of those words do apply to them. 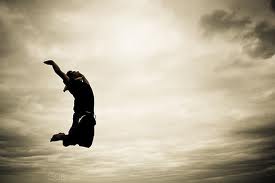 So I left off in our last post with suggesting that it’s possible to think about other subjects that give us these feelings of strength, capability, of being in charge, confidence, of being powerful.  However we get there, with whatever subjects we choose to focus upon to create those feelings, the Universe is prepared to match those vibrations with abundance because those vibrations are a true match.

What can we do or think to make ourselves feel more POWERFUL, IN CHARGE, CAPABLE, STRONG, CONFIDENT, SURE, COCKY, EAGER?  This is our work and it’s great if we can begin to create those feelings solely for how good they feel, even though we know that they are also bringing our desires to us.

So I’ve dedicated myself recently to finding things to think about and/or actions to take, which create those feelings that underlie abundance.  What works for me may or may not work for you.  What creates these emotional states can be a subtle change in thinking and is necessarily unique to each of us.  But, I do believe there’s much common ground and that we can be helpful to each other with ideas for conjuring these great, powerful emotions.

So, some of the things I’ve thought and/or done or am going to do to conjure these powerful feelings, I’ll toss out to you, with the request that you get back to me with some of your own ideas.  Any comments will be posted anonymously, of course, unless you’d rather identify yourself as part of the dialogue.

What can we do or think to FEEL more POWERFUL?  In a simple example, last week I decided to move all of the furniture back into place after we took down our Christmas tree, rather than enlisting the help of the very strong guys that were here available to help.  I lifted some very heavy chests, huge boxes and moved a large rug, only because I thought about it and knew that it would make me feel like I had more strength, more POWER.  My husband said, “You didn’t have to do that by yourself,” and I responded, that “It just felt good to do it.”  And, it did.  I definitely felt more powerful.  I also felt more FREEDOM inasmuch as I didn’t need to cool my heels waiting for someone else to do what I wanted to get done. 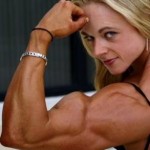 I made some unilateral decisions, which ordinarily I would’ve consulted my husband about, and just took care of some nagging household administrative issues.  They had been languishing for so long and I can’t tell you how good it felt to just do it.  And, I’m sure my husband didn’t mind not being involved.  Two major issues were resolved and it felt so good to just be IN CHARGE and IN CONTROL of those issues.

I decided to use my law degree, which has been gathering dust in the attic somewhere, to write some effective letters to help my son and his roommates with a college Landlord issue.  In my letter to the Management Company, I was cordial, appreciative of their efforts, but I let them know that they were going to have to honor their obligation to make the apartment habitable for those guys after a flood caused by their negligence.  And, it made me feel CAPABLE.  I loved getting the text from my son saying “Great letter!”

On a whim, (using words I’d never used before) I searched the Internet just to see what was happening with “How to Allow” and my various posts and found, to my surprise, that “How to Allow” was being promoted on two different sites, one a “Top Ten Self-Help Creating the Life You Want Books” by Books to Believe In.

I’m not sure what inspired me to do that search, which I wouldn’t have done ordinarily, but I think the Universe was responding to my decision to create the emotion of CONFIDENCE.  Seeing my book on the Top Ten list and on other sites certainly added to my CONFIDENCE.

I then received a call from a radio host who asked if I would be willing to join in a broadcast of the “Top Ten Most Influential Women in Law of Attraction”?  That definitely confirmed my feelings of being more POWERFUL, CONFIDENT and CAPABLE.

So the pattern here is that, once begun, these feelings begin to build on themselves and draw in other circumstances and things that match those feelings.  You’ve sent out a message to the Universe that you choose to feel POWERFUL, CAPABLE, CONFIDENT, SURE, COCKY, EAGER, and more, and the Universe responds with circumstances which help to create more of those feelings.  And yes, of course, these thoughts and actions increased my financial abundance (my book sales more than doubled for those weeks), even though it was not my direct focus.  And, I haven’t even gotten to COCKY yet.  Well, we’ll see .  .   .

Okay, so this is only a start; just getting the ball rolling.  And, it’s only a few of the things I put into my repertoire in the past couple of weeks.  I have lots of ideas and would love to hear yours.  One theme here is taking CONTROL, which could mean taking control of your diet, exercise, taking care of a nagging problem.  It could be confronting a relationship issue, which you no longer choose to tolerate.  Then, as for POWER, it could be literally strengthening your body, deciding to take better care of yourself, assuming responsibility for your finances and taking small steps to improve them.  As for CONFIDENCE and CAPABILITY, receiving an advanced degree is not required.  CONFIDENCE can be built by small victories.  Find a hobby or activity you’re good at and spend more time at it.  And, then relish the results.  Even better, you could do something you’re good at for someone else.  If you’re great at arranging flowers, make a beautiful arrangement and take it to a friend who isn’t feeling well or someone who needs cheering up.  That’s building a feeling of CAPABILITY (your talent at flower arranging) and the feeling that you’re so IN CONTROL that you have the time and wherewithal to do a good deed for someone else.  You’re not lacking!

So, I wasn’t kidding when I said you could create the emotional state of abundance in ten minutes.  And, you know how powerful ten minutes of focused thought is?  I’m looking forward to hearing your success stories and how good it feels to feel abundant.

I spend a lot of time in the e-book/course “How to Allow” on creating the emotional state to match your elusive desire by going in through the back door, as we did in this post, as you do one daily ritual.  As one reader said, “You just have to buy the book!” 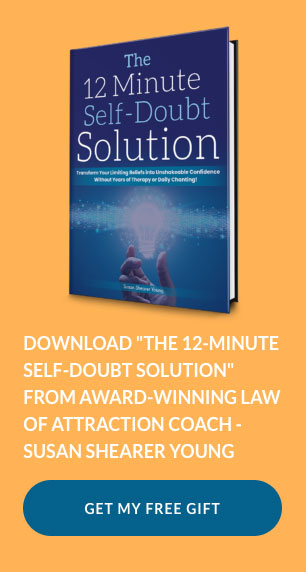